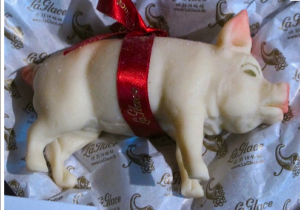 A traditional Danish Christmas dessert with a fun tradition: find the only whole almond in the bowl, and win a prize! (see picture).
The hard part is finiding the whole almond and not chew it, to show legitimate proof.
The fun part is finding the almond and not telling until the end, and watch everyone get more and more servings and chew funny in search of the prized almond…

Preparation:
Split the vanilla bean. Cook the milk, rice and vanilla bean at low heat (simmering with the lid on) for about 50 minutes, stirring often to avoid burning.
….Actually, there is an easier way: After bringing the rice and milk to the boil, boil for another 10 minutes and put the lid on, wrap in newspapers and place under a down duvet (closely wrapped) for 2 hrs. (After all, it is a Danish dessert…) Et voila – the rice is cooked perfectly!
Remove the vanilla bean ( – Instead of vanilla bean you can also use vanilla sugar 1-2 tablespoons which should be added after the rice has cooked.)
Stir in the sugar and the chopped almonds and allow the porridge to cool.
Whip the creme and gently stir it into the cold porridge.
Served with hot or cold cherry sauce. If there is a child in the party, make sure you slip the whole almond in her bowl. More children, more whole almonds, more “marzipan pig presents”

NUTMEG SAYS "HI!"... Enough nutmeg will give you

IN ALL SHAPES AND COLORS Here is a small represent

LONG OVERDUE #3 part 3 PUTTING IT TOGETHER There 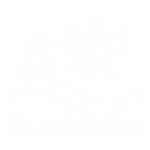 NUTMEG SAYS "HI!"… Enough nutmeg will give you