The building is a large stone villa that dominates the village of san Donato in Collina, and is surrounded by olive trees and cypresses.
Its central tower was built in 1146 while later additions were built in the 1400s, 1600s and 1900s.
It was built by the Bardi – the family that dominated the region before the Medici family.
It was later purchased by David Curiel, who died without heirs and left the building to the orphanage of the “ Innocenti.”

From there, it was purchased by the Carpi family, who then in the early 1800s sold it to the Paoli family, who still own it today.
From Michelangelo who left it to his son Galileo, who left it to his son Rodolfo, my grandfather – an orchestra director and well regarded university professor.
He lived here with his wife, 6 children, 2 aunts and a variable number of domestic helpers.

During WWII, many people’s lives were saved in this building, thanks to Rodolfo’s courage. He played double and entertained the Fascists and Nazis in his formal living room, while partisans, allied, soldiers and people from all paths and different nations were hiding in the tower. 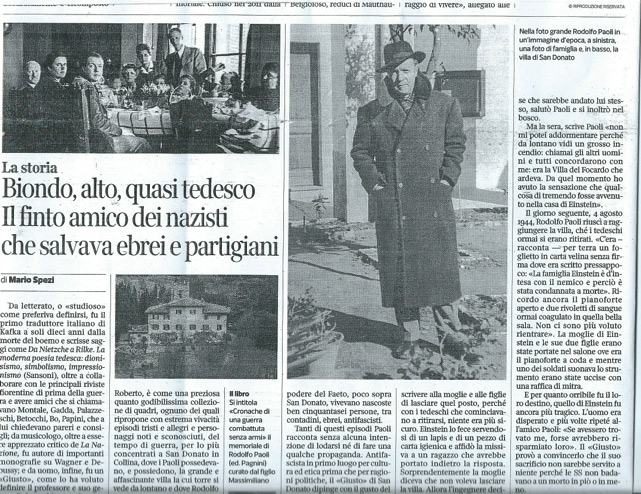 The article is titled: “Blond, tall, almost German: The Nazi’s false friend who saved Jews and Partisans” and describes my grandfathers’ active involvement in WWII

“Thank you so much for teaching my mom and I about the wine and olive oil production. At the end our walk was the most incredible lunch I’ve had (and I have lived here for 4 months!!!).The guides were also great, Keep it up!” 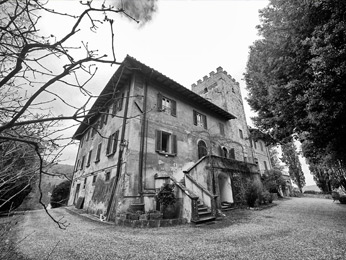 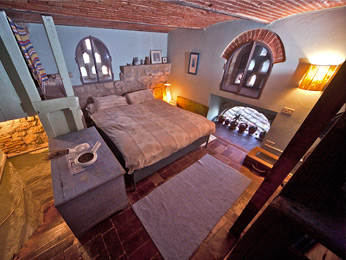 Rodolfo died in 1978 and left the estate to his 5 children, who have divided the villa in 6 independent apartments of different sizes, for a total of 12 people. My father Giovanni, the oldest son, left the tower to me, Majla.

Our children Eva and Giotto are the 6th generation of Paoli living in this place.

CHOOSE THE LISTING THAT IS BEST FOR YOU:

Sleeps up to 4, lots of stairs, a “medieval penthouse” on top of a historical villa.

Our village is called SAN DONATO IN COLLINA, and sits on top of a hill in the heart of Chianti Colli Fiorentini, about 12 km south from the center of Florence. Because of its location, close enough but far enough from the city, it has become a very desirable residential area around the city.

It has a community center, 2 small grocery shops, (one of which bakes bread twice daily and has fresh ricotta, and the other one which also makes cappuccino), a mini-market with fresh vegetables and fruit, a convenience store, a superb butcher’s shop, a church, a very old fashion and inexpensive mechanic, and the postman’s farm, informally open to young visitors.

There is a bus service that will take you straight to the center of Florence in 30 minutes (which we recommend if you are planning a day trip to the city). However we suggest having a car, for evening outings and out-of-town excursions.

From the village, there are numerous hikes that you can take to explore our romantic countryside. We have a book in the apartment that illustrates all marked hikes in Tuscany, which you are welcome to consult, as any other book in our library.